Get Me Free #140: Small Culture - Synthetica 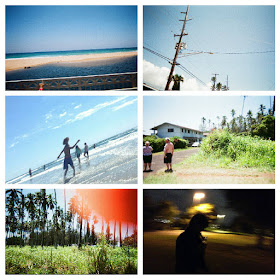 If it's new bands that you're after then they don't come much fresher than San Diego's Small Culture. The earliest posts on their Facebook page are from the end of October and there's only one track posted online - their first single 'Synthetica'. From what we can tell, Small Culture is essentially the solo project of Jerik Centeno and has all the hallmarks of (very good) bedroom producer sounds like those that have become commonplace in the past decade. For this first track, he's joined by Jenna Cotton of the band The Verigolds who lends some nice vocals, as well as Jose Escoto who co-recorded the song.

The idea is to create a "kaleidoscope of sounds", and in that respect it's mission accomplished. 'Synthetica' is an alternative pop song, and one that takes in indie music, folktronica, electronica, chillwave, dreampop and psychedelia. So quite a mish-mash then, but it all comes together without feeling overcrowded or over experimental. Perhaps a decent comparison can be found in certain tracks by The Postal Service who also combined a similar selection of genres, but you wouldn't get the two mixed up. As first offerings go, this is a superb way to start. Let's hope for more of the same.