Logan Lynn - The One + Exclusive Interview 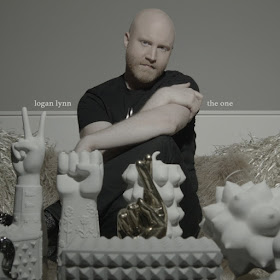 DJ, musician, writer, producer, TV presenter, activist, not to mention slaying a few demons along the way, Logan Lynn has packed a lot into his 36 years, and you can add to that releasing the very first single of 2016, as new track 'The One' became available at 00:00 on January 1st. Stylistically 'The One' sees a slight shift in direction for Lynn, whose past releases have been more electronic, whether it's veering towards the dance floor or creating hook-filled alt-pop. This first track from his forthcoming new album 'Adieu' sees him (aided by producer Gino Mari) tackling garage inspired indie-rock without losing those catchy melodies and pop sparkle. In part a homage to his mentors The Dandy Warhols who have released his past work on their label, 'The One' is a fresh sounding hybrid of organic and synthetic instrumentation that stands out as one of the strongest songs he's written thus far. 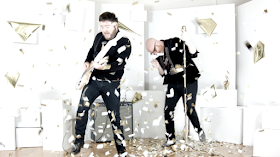 We asked Logan Lynn a few questions about the new album, his life and his music.

TSOC: You've covered a lot of musical styles in your career, including a dance music, electronic indie and pop, and your new single could be described as modern garage rock. Has this been a natural progression or a deliberate decision to try different genres?

Lynn: I think this has been a product of my having been so deeply influenced by artists in all different genres. Some of it has been deliberate, for sure... and some of it is just that, when I was first starting out I was a teenager who didn't really know what he was doing, so electronic music, which I loved, was a good fit for a kid who didn't play instruments. My first record came out 15 years ago and I was 19 years old. Over the course of the years and 7 albums which have followed, I've gotten better each round, inspired in new and different ways, and my sound has morphed as I have grown into myself as a writer and a person.

The new album is scheduled for a summer release and has taken four years to complete. Have your aims for the record changed since you started writing?

This record has turned into something of a Behemoth. There are 16 new songs, and my aim with every song I write is always to make something true; to turn, at times, painful experiences into something beautiful. 'Adieu' is no exception. The record is about letting go, and it was really important to me that we take our time with it. It was a hard album to make emotionally, so when it got to be too much, we would pull the brakes until it wasn't... but I am so glad we took our time. It really paid off.

Was much material discarded along the way, and if so, are there any plans for it to see the light of day in the future?

Oh, material is always discarded along the way, and it's usually for good reason. But we'll see.  Sometimes ideas I think are terrible at the time, end up being wonderful in the future. For 'Adieu', though, the story is complete.

You've said that this is your best work to date. What do you think sets it apart from your previous albums?

I hope I always say that about work I am preparing to put out into the world. The goal for me as a person, and in music or other professional endeavors, is to always be learning, growing, and getting better. This record feels particularly unique for me, in that it was 100% written A Capella first, then brought to life with live instrumentation instead of programming. It feels like a living, breathing thing as a result. I'm braver, more emboldened by my own truth and fearless in my life than ever before... and you can hear that freedom in the songs.

As this approach has resulted in a collection of songs that you're so happy with, is it likely that you'll work in a similar way again, or do you have other ideas you'd like to look at?

I think it's taken me nearly 20 years to figure out how I think I sound best, and we seem to have hit the sweet spot, so my guess is we will build on things from here... but who knows?  I'm all in with this record at the moment and will be for the next year or so, but if I know myself at all (which I tend to think I do) I know I get bored if I'm not constantly pushing myself into new waters. It's a thing.

It's been several years since you've been clean after battling addiction. How did the lifestyle changes and the struggle you went through influence your music?

Ah, yes. I have been clean 8 years this March, after a 16 year battle with cocaine, alcohol, and eventually crack cocaine. That addiction nearly took my life, fractured every relationship, and made me homeless... it was rough. I am really lucky to have had a team of people helping me as I got well, and that experience has provided me with an outlet for activism that I would have never envisioned years ago. My music is better on this side of the struggle. I'm better. Everything is.

As well as music, you've packed an awful lot more into your career, perhaps most famously as a TV presenter, but you've also done a lot of charity and activism work for mental health and LGBT organisations. Does this affect the subjects you write about?

Ah, yes. I do get around. The truth is, I am just as passionate about advocacy and activism as I am about music and writing, and most of the time these days I am blending the two worlds in some way. I don't believe this work affects the subject matter in my songs, because the subject matter in my songs is almost always about love, loss, struggle and resilience... but it definitely affects how I show up in the world, how I treat myself and those around me, and how I use the spotlight I'm in or the megaphone I'm holding at any given time.

You've always been very open about both your sexuality and drug problems, which can be hard to do in the public eye. What advice would you give to others in similar situations?

My advice to anyone struggling with becoming who they are, or overcoming the trauma of what has happened to them and who they have been as a result, is to be kind to yourself. Don't believe anyone who tries to tell you there is a right or a wrong way to do something. Often, the wrong way lights the path to the right way. We are all more than what has happened to us and what we have done. Being a public person is no different than being a private person, except all of your shit is hanging out for everyone to see. I decided to embrace all of it years ago. Take me or leave me, what you see is the truth. Some of it's pretty, some of it's not... but it's all real. Real wins in the end.

If you could go back and change one thing about your past, what would it be?

I would believe in myself earlier. I would get help sooner. I would tell the truth louder. That being said, I don't think I would want to change anything about my past even if I could, because my experience in the world is completely what has led me to where I am now... and life is good.
Finally – it's fantasy festival time! You're headlining and you get to pick five bands or artists, past or present, to join you on the bill. Who do you go for?